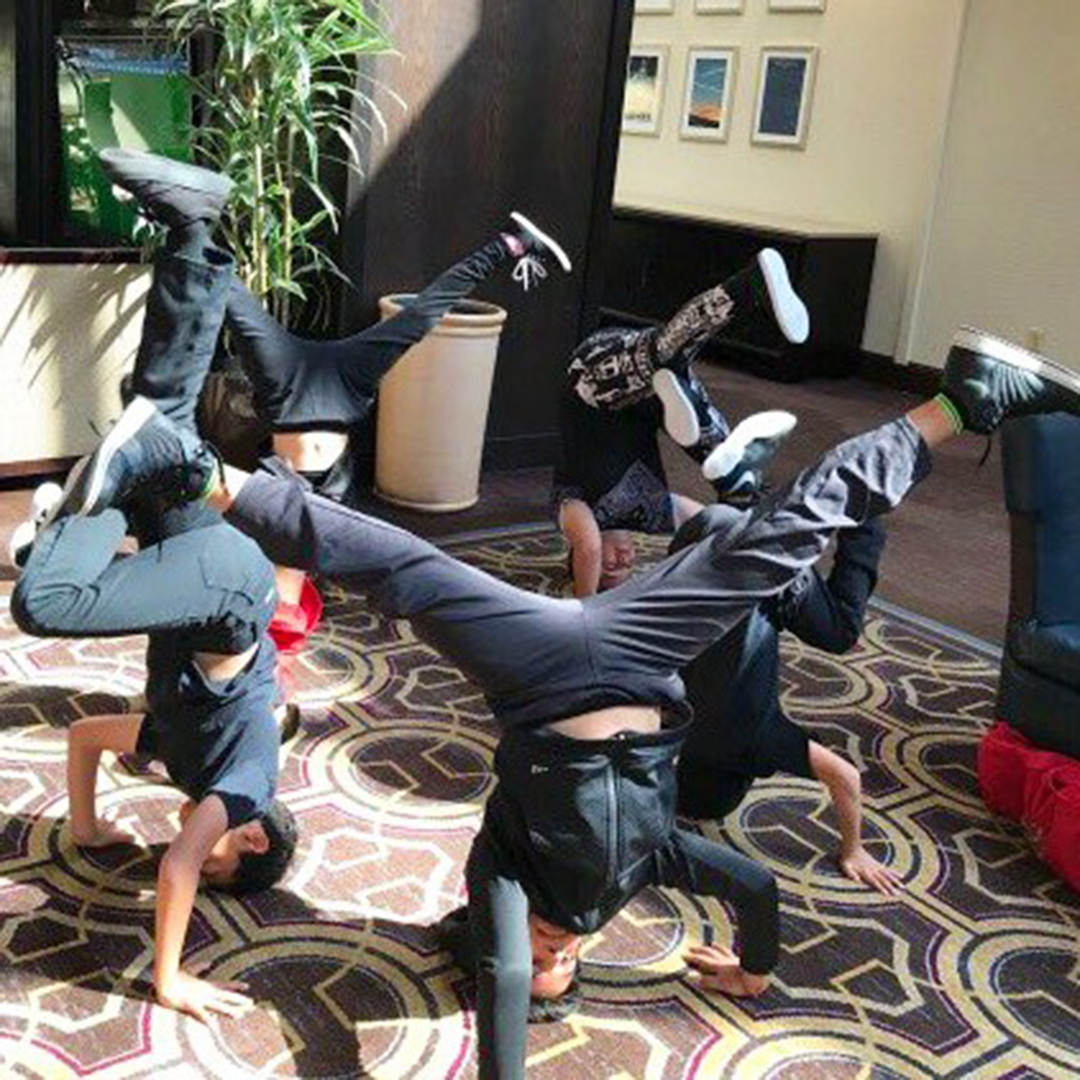 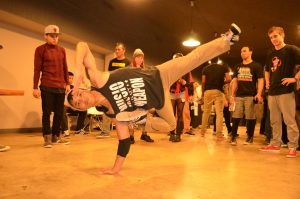 Break Dancing a type of dancing in which a dancer performs very athletic movements that involve touching the ground with various parts of the body (such as the head or back)
Break dancing was a style of dancing that grew up around hip hop music during its early stages of development in the United States. ‘Break dancing’ stretched the human body to its limit.

The most basic breakdance moves are the 6-step and top rock. The rest of the dance is founded around these two elements. Dancers usually begin by top rocking, and then continue by going down to the floor and performing a 6-step or 4-step that may be heavily ‘teched’ (variated). The 6-step provides a base for other more complex moves to be formed, as well as power moves.

In this class, students will be introduced to the foundations of Break Dance, with particular attention to correct alignment, conditioning, musicality, terminology, and history of the dance.